In 2014 a design by the Russian classical architect Maxim Atayants was selected for a new judicial quarter in Saint-Petersburg. The centerpiece of the project would be the home of the country’s supreme court which is being moved from Moscow.

Atayants submitted an austere Roman design nicely embellished with Beaux-Arts decoration. It would include a number of government buildings, a dance theater, and a pedestrian embankment along the River Neva. This would have been a splendid reaffirmation of traditional architecture in one of Europe’s most important cities. Unfortunately it was not to be.

For reasons that are altogether unclear approval of Atayants’s design was revoked in 2017, as reported by Peter Kellow. A modernist design was selected to replace it. Renderings by Atayants can be found on the internet; many appear below. 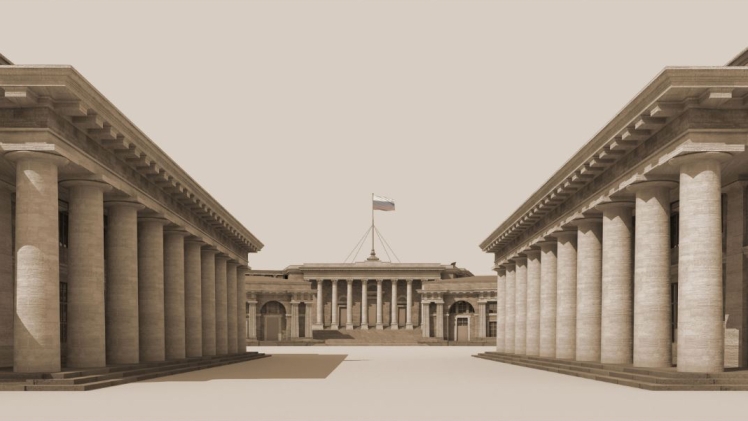 One thought on “Saint-Petersburg As It Might Have Been”