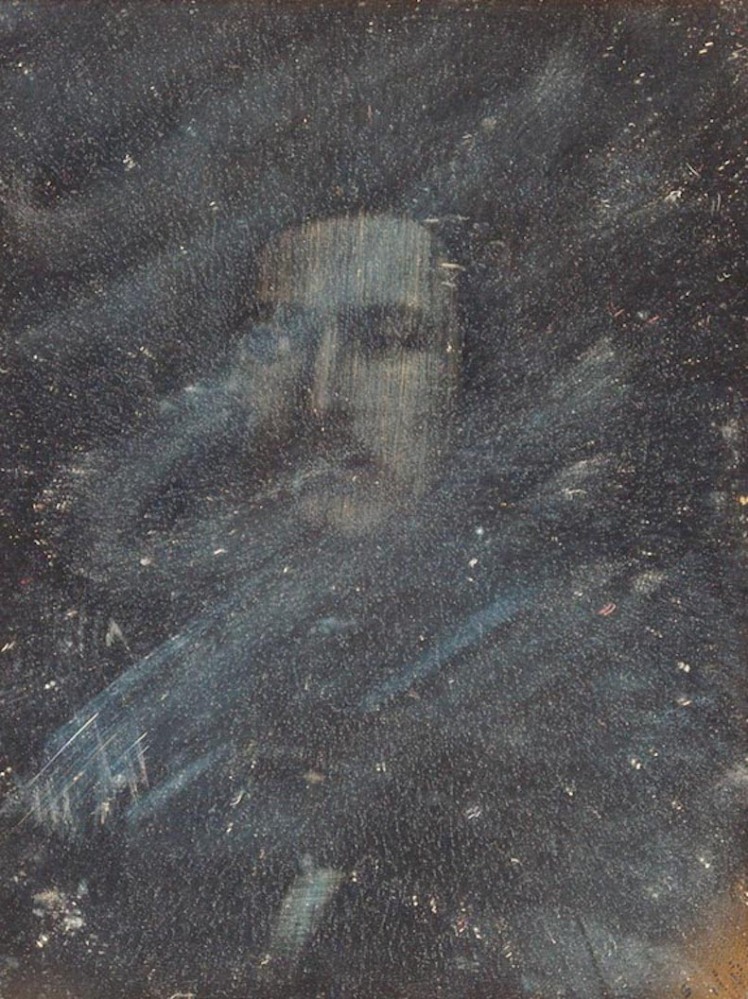 The above daguerreotype print of Prince Albert was made on March 5, 1842. From the website of the Royal Collection Trust:

This is the first known photograph to have survived of a member of the British royal family. Prince Albert visited William Constable’s studio in Brighton, while the court was residing at the Royal Pavilion, and had a portrait taken. This daguerreotype was delivered to the Queen a few days later. In her journal entry of the 6th of March Queen Victoria commented ‘Saw the photographs which are quite good’.

The print has faded significantly over the years but is strangely dramatic for that. Albert’s face comes out of the darkness in all poise and dignity.