Number 47 Bond Street near the Bowery is a Federal-style brick townhouse built around 1830. Today it houses Il Buco, the best northern Italian restaurant in New York. A tavern occupied the ground floor when Edgar Allan Poe visited in the 1840s.

Dr Joel Shew and his wife Marie Louise lived in an apartment upstairs at the time. Poe was very close to the Shews. Marie Louise in particular was an important friend. It is likely that he first met her during his visit to the Northern Dispensary in 1837. Mrs Shew was a trained nurse, the wife and daughter of physicians. According to records she worked at the dispensary that winter. She went on to care for Poe’s wife Virginia during Virginia’s final illness. Poe visited the Shews regularly when he lived in Greenwich Village and after his move to Fordham stayed with them when he had to be in the city overnight.

“The Cask of Amontillado” is one of Poe’s most famous and ghoulish stories. It is set in an unnamed Italian city during Carnival. The narrator, Montresor, takes revenge on a fellow nobleman, Fortunato, who has in some way insulted him. Montresor lures Fortunato to the wine cellar of his palazzo on the pretext of sampling a rare vintage of the titular wine. Instead he chains Fortunato to the wall of a niche and bricks him in, entombing the man alive.

It has been speculated that Poe was inspired to write the story by the cellar at 47 Bond Street, where he would have sat over drinks, as a patron of the ground-floor tavern. There are no bodies buried there, but one can see how the setting might have piqued his imagination. Today the cellar is a private dining room and working cave à vin for Il Buco. As in Poe’s story one “enters down a long and winding staircase” into a space not unlike “the catacombs of the Montresors” with vaulted niches along one wall. The cellar has been nicely restored but not substantially altered. It is cozy and romantic, dark, candlelit, well stocked, and a little spooky; as good a place as any in New York to remember Poe. 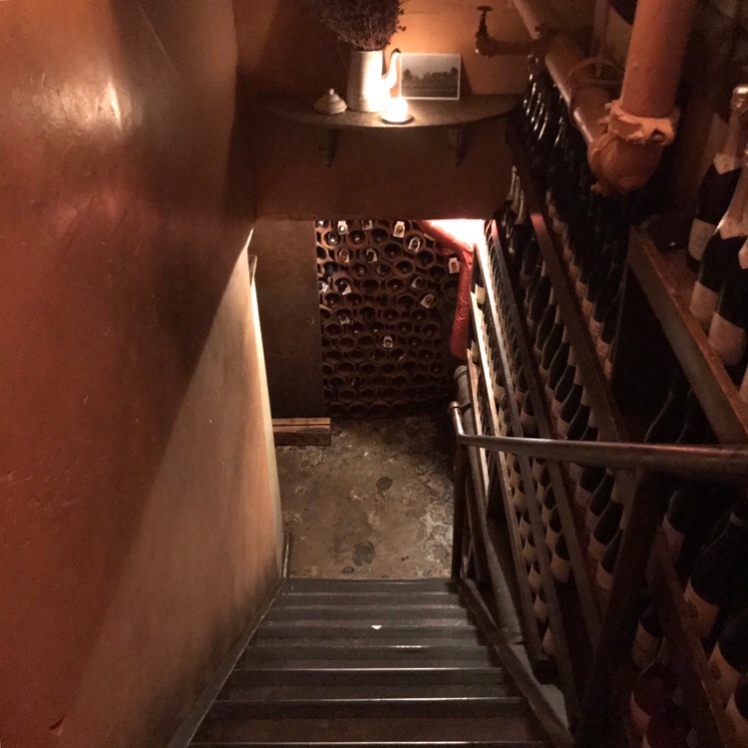 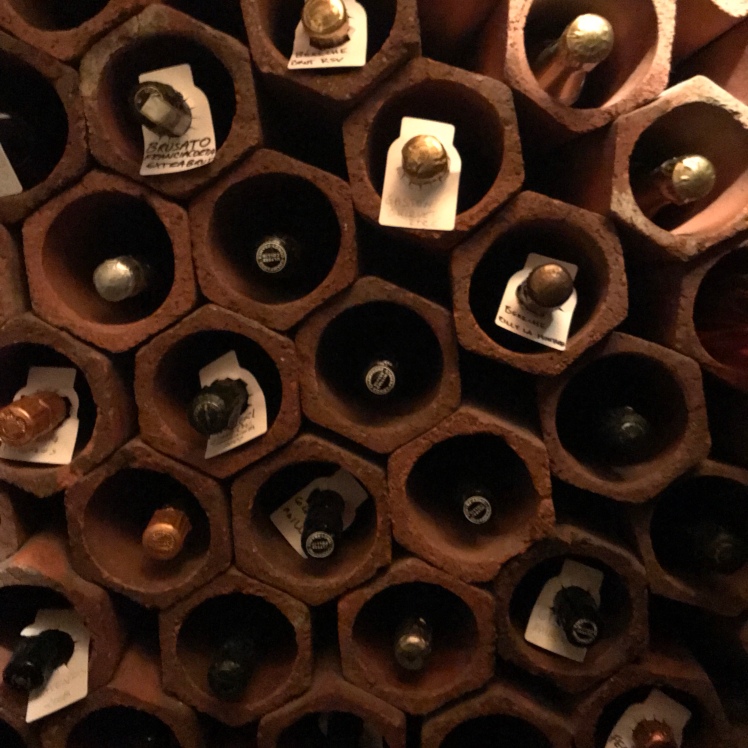